To share your memory on the wall of JOHN MURRAY, sign in using one of the following options:

Jack was born on September 4, 1924 in Toronto. He was the only child of Gladys Harmer (deceased 1981) and Gilbert Murray (deceased 1982). Their Galley Avenue family home backed onto a laneway that connected Jack to his lifelong love Sheila. Growing up they attended Church of the Epiphany, Fern Avenue Public School and Parkdale Collegiate. They married on July 8, 1950 and spent their honeymoon in Temagami and later Bermuda. This year marked seventy years of marriage.

Jack finished Grade 12 at Parkdale Collegiate before enlisting in the Royal Canadian Navy at eighteen years of age. He served from 1942 to 1945 on the HMCS New Liskeard as a submarine detection technician. After the war Jack trained as a Lithographer. He worked at Rolph-Clarke-Stone on Carlaw Avenue, Toronto for twenty years and Southam Murray Printing for ten years.

In 1967 Jack and Sheila built a cabin at the Mansfield Ski Club where the family spent weekends and holidays over the next 40 years. Jack enjoyed both cross-country and downhill skiing, participating in the sport until he was eighty-two. He loved tennis, cycling and was an avid fly fisherman. It was at Mansfield that Jack introduced his grandchildren Matheson and Kevin to the art of making maple syrup. Friendships made at the Pine River Chalets were cherished.

Jack was a faithful Christian and active member at Church of the Epiphany and Christ Church St James his entire life. In the winter months he volunteered with the Canadian Ski Patrol and in the summer, at Ontario Pioneer Camp. Because Jack had a rare blood type, he made it a priority to donate blood regularly throughout his lifetime. In 1987 Jack was recognized by Scouts Canada for thirty-four years of dedicated volunteer leadership with the Third Toronto Scout Troop; the same Troop that Jack belonged to as a seven year old boy.

In 2015 Jack and Sheila moved from Marina del Rey in Etobicoke to Weston Gardens Retirement Home. In 2020 Jack survived COVID-19. After his release from Humber River Hospital, Jack was transferred to Kipling Acres Long Term Care Facility. The family wishes to acknowledge the love, dedication and professionalism provided by caregivers.

In lieu of flowers, donations can be made to Christ Church St James Dale Ministry, a Parkdale neighbourhood outreach, Scouts Canada or Canadian Blood Services.

Interment will occur together with his wife Sheila who predeceased Jack in May. Details will follow at www.hogle.ca
Read Less

Receive notifications about information and event scheduling for JOHN

We encourage you to share your most beloved memories of JOHN here, so that the family and other loved ones can always see it. You can upload cherished photographs, or share your favorite stories, and can even comment on those shared by others.

Posted Nov 07, 2020 at 10:41am
Condolences from the Board of Directors, Management and Residents of 190 Manitoba Street in Memory of John Richard Murray, father of Jane Anne Murray. 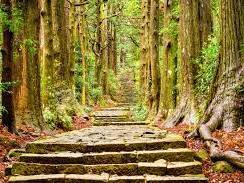 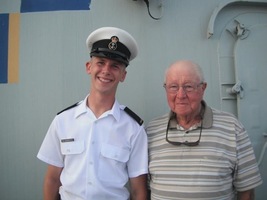 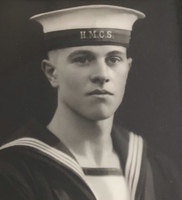 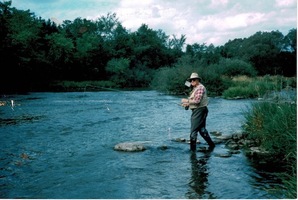