To share your memory on the wall of JERRY BEER, sign in using one of the following options:

It is with great sadness that we announce passing of Jerry Beer on December 12, 2020, after a long and courageous battle with cancer. He was 75 years o... Read More
In Loving Memory of Jerry Beer

It is with great sadness that we announce passing of Jerry Beer on December 12, 2020, after a long and courageous battle with cancer. He was 75 years old. Jerry was born in Leba, Poland, a lovely fishing town by Baltic Sea. He always loved the sea and sailing especially. He travelled the whole world while working as a chief engineer on a cargo ship while living in Poland.

Jerry was passionate about acquiring new skills, and new knowledge. He became a licenced professional engineer in Canada, he was learning to play piano, guitar and Spanish language. He kept fit by taking Tai chi classes.

He loved sailing. Jerry owned a yacht in Poland and later in Canada and was part of a Polish Sailing Club. He and his wife Halina often sailed the Georgian Bay. It was his dream to sail the Caribbean seas. His toughest sailing adventure was as a licenced captain, from Lisbon all the way to Gdansk, Poland through some of the rough seas on the Baltic sea.

His passion for travel never stopped, in his final years he went on many adventures with Halina, including Asia, South America and Europe. He also loved travelling in Canada with his camper trailer, and visited many places from British Columbia to Newfoundland.

Jerry is survived by his wife - Halina, his two children, a grandson, and his sister.
He will be truly missed. Rest in Peace.

If you wish to pay your respects to Jerry, please RSVP online at www.hogle.ca to join us this Wednesday, for visitation December 16th between 4pm - 8pm at St. John’s Dixie Cemetery chapel in Mississauga.

Funeral will take place on December 17that 11am, also at St. John’s Dixie Cemetery. Due to COVID-19 restrictions only a limited number may attend the service. If you wish to watch the service, a link to broadcast information will be posted on the Service section.

Receive notifications about information and event scheduling for JERRY BEER

We encourage you to share your most beloved memories of JERRY BEER here, so that the family and other loved ones can always see it. You can upload cherished photographs, or share your favorite stories, and can even comment on those shared by others. 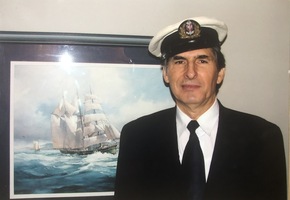 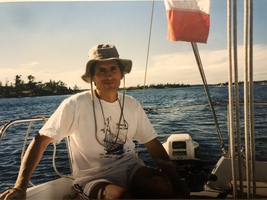 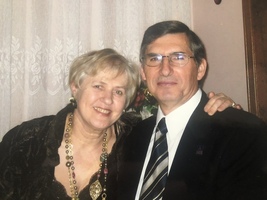 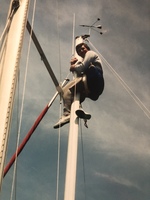