To share your memory on the wall of FRANCIS VELLA, sign in using one of the following options:

It is with great sadness that the family of Frank Vella announces his peaceful passing on March 11, 2021, at Toronto Western Hospital, at the age of 96.
Most importantly, Frank will be remembered as a... Read More
Vella, Francis (Frank) Henry

It is with great sadness that the family of Frank Vella announces his peaceful passing on March 11, 2021, at Toronto Western Hospital, at the age of 96.
Most importantly, Frank will be remembered as a devoted husband, wonderful father, loving grandfather and great-grandfather: He is survived by his wife of 72 years, Mable; his son Paul, both from Etobicoke: his daughter Barbara Sanders (Ken), of Dartmouth, NS; his five grandchildren, Chris Vella (Stephanie), Jennifer Green, Meghan Bell(Paul), Rebecca Williams(Joey); Emily Fidgen (Travis), His sister Rita Marsh and seven great-grandchildren: He will be truly missed by many nephews, nieces and friends
He was predeceased by her parents and sons, Stephen and Peter, both from Etobicoke: Brothers; Wilfred & Jiminy. Sister, Anna Hosie (Bill).
Frank was born and raised in Toronto. Serving in the Air Force during WWII as a mechanic. After leaving the CAF he was employed as an Auto mechanic, then on to a successful career with London Life for over 40+ years
Frank loved his time @ their cottage in Lakefield, where he spent most of it on the lake; fishing and spending time with family and friends.

Because of Covid-19 there will be no visitation or funeral @ this time. A celebration of Life will be held later in the year, alongside his son, Peter:
Donations can be made to the Canadian Cancer or charity of your choice.
Read Less

Receive notifications about information and event scheduling for FRANCIS

We encourage you to share your most beloved memories of FRANCIS here, so that the family and other loved ones can always see it. You can upload cherished photographs, or share your favorite stories, and can even comment on those shared by others. 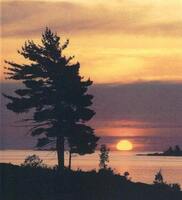 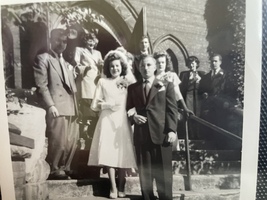 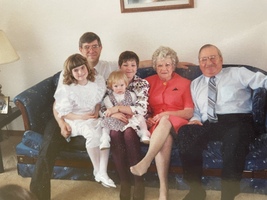