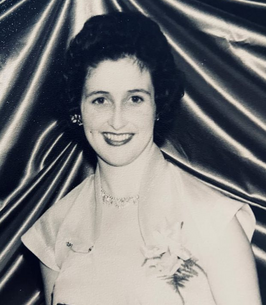 On November 21, 2021, Sheila MacMillan (nee MacLellan) passed at the age of 81. She is survived by her son Michael and daughter-in-law Krista, her three grandchildren Aidan, Keith and Amy, her sister Shirley Doyle and brother Wayne MacLellan, and countless cousins, nieces and nephews living across Canada and throughout the U.S.

Sheila was born in New Waterford, Nova Scotia in 1939, one of nine children. Like most of her siblings she eventually left for Ontario in search of work. Soon after she met her husband Neil MacMillan in Toronto, and the two married in 1960. They soon settled in Mimico and had two children, Neil (deceased) and Michael.

Sheila and Neil were fixtures in the Mimico area. She worked at local branches of TD Bank for more than 20 years, and her and Neil were dedicated parishioners at St. Leo’s Catholic Church. In later years she took joy in doting over her grandchildren and could often be seen taking them for walks in local parks.

Sheila will rest alongside her husband Neil at Assumption Catholic Cemetery in Mississauga, Ontario. In absence of a service, the family requests anyone who wishes to celebrate Sheila’s memory to please make a donation to the True Davidson Acres Long Term Care facility, in commemoration of the incredible team of professionals who cared for Sheila over the past two years.

This obituary is protected by copyright by Mimico Chapel. Proudly Serving the Communities of Etobicoke, Mississauga, Oakville, Toronto, Scarborough, and North York. Mimico Chapel is located in the province of Ontario, Canada.

All rights reserved. This obituary is also archived at obittree.com