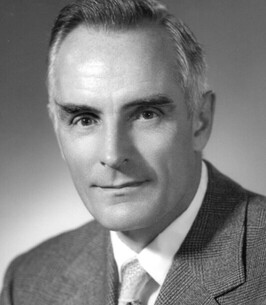 April 5, 1921 – June 15, 2022 -
Passed on June 15, 2022 at the age of 101. Loving husband of Yvone Edythe Kee (died February
7, 2017) and father of Stephen (Tracey), David (Holly), Brenda and Barbara Aldan (Jack). Dear
grandfather of Bryan, Tyler, Alyson and Hayden and best buddies with Kenny, the family dog.
Fred was a World War II veteran having served in the RCAF, RAF and Combined Operations in
Great Britain during WWII and served as a Sea Cadet as a teenager. After WWII he attended the
University of Toronto, graduating from Electrical Engineering with honours in 1949.
Fred was a long time employee of Ontario Hydro from 1949 to 1986, retiring as the Director of
Ontario Hydro Research. Included in his many job positions was an assignment to AECL to
work on the design of Douglas Point and Pickering A Nuclear Power Plants. He was very active
in the Credit Union Movement, serving on the Board of Directors of HEPCOE credit union and
the Credit Union League Board and also serving as President of HEPCOE. He had an avid
interest in aviation all of his life and obtained his pilot’s licence at the age of 65.
A quiet family farewell will be held. Donations may be made in Fred’s memory to The Great
War Flying Museum, P.O. Box 27, Cheltenham, Ontario L7C 3L7.

This obituary is protected by copyright by Mimico Chapel. Proudly Serving the Communities of Etobicoke, Mississauga, Oakville, Toronto, Scarborough, and North York. Mimico Chapel is located in the province of Ontario, Canada.

All rights reserved. This obituary is also archived at obittree.com